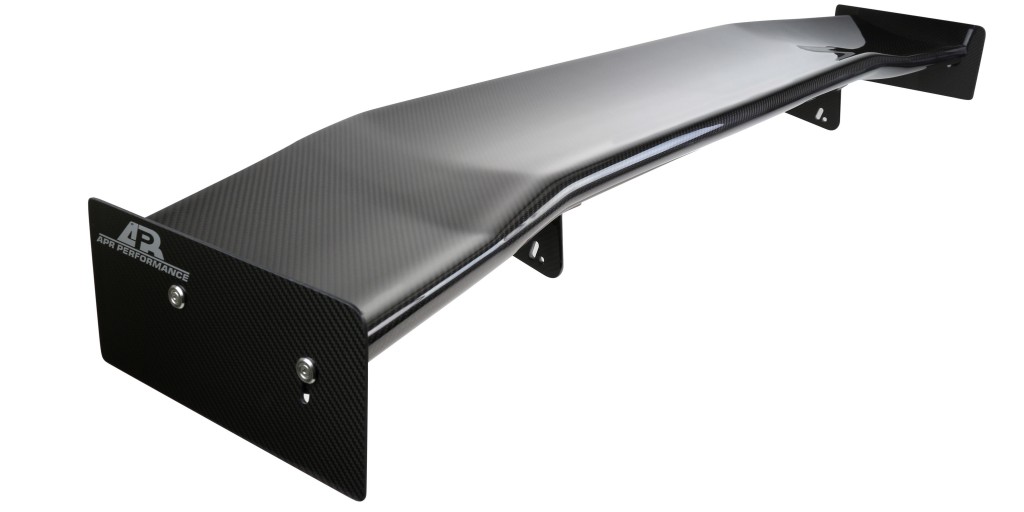 The Downforce Balance graph (shown at the left) illustrates which areas of the vehicle this product affects.

There are three (3) areas: Front, Center, and Rear. The size of the red bar represents how much this product affects each particular area.

The APR Performance GTC-500 Adjustable Wing features a 3D airfoil shape that is designed to produce balanced downforce across its span on widebody sports and touring car applications. 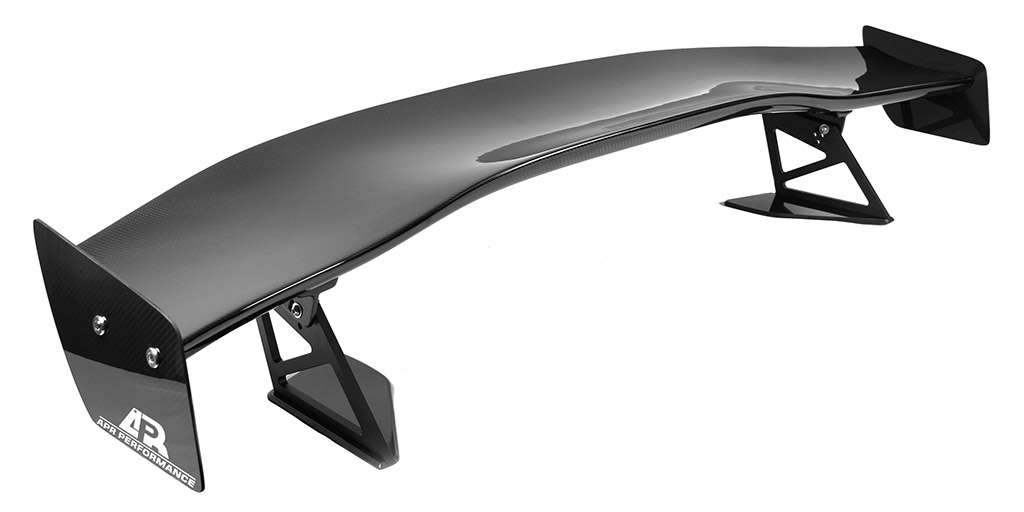 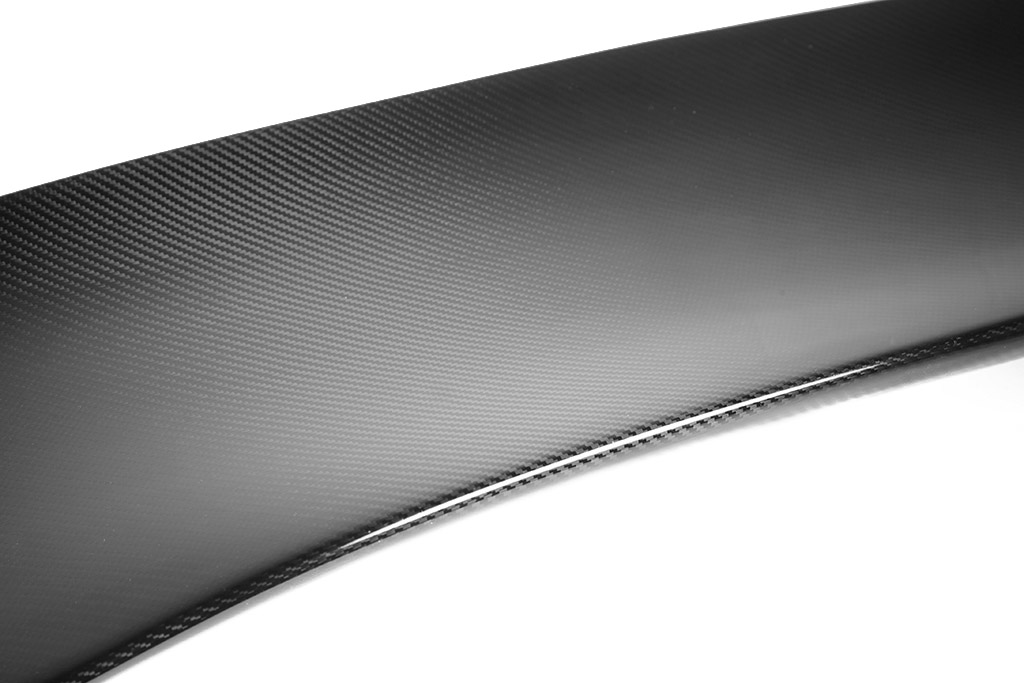 Aerodynamically-tuned side plates (aka end plates), included with every GTC Series Adjustable Wing, are critical components that help to ensure consistent airflow across the full span of the airfoil. 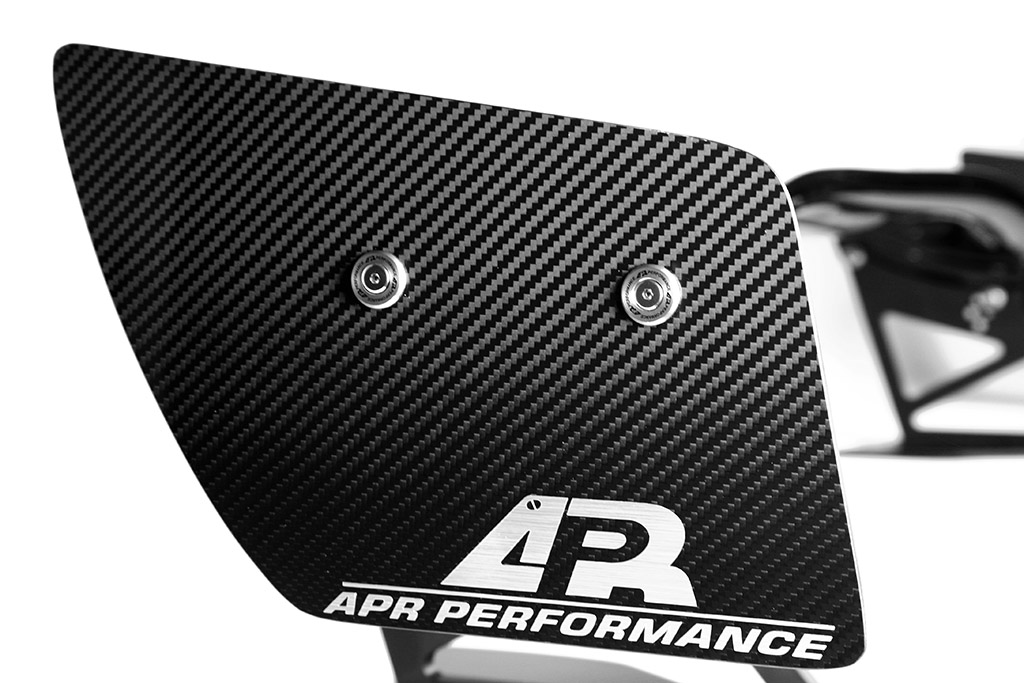 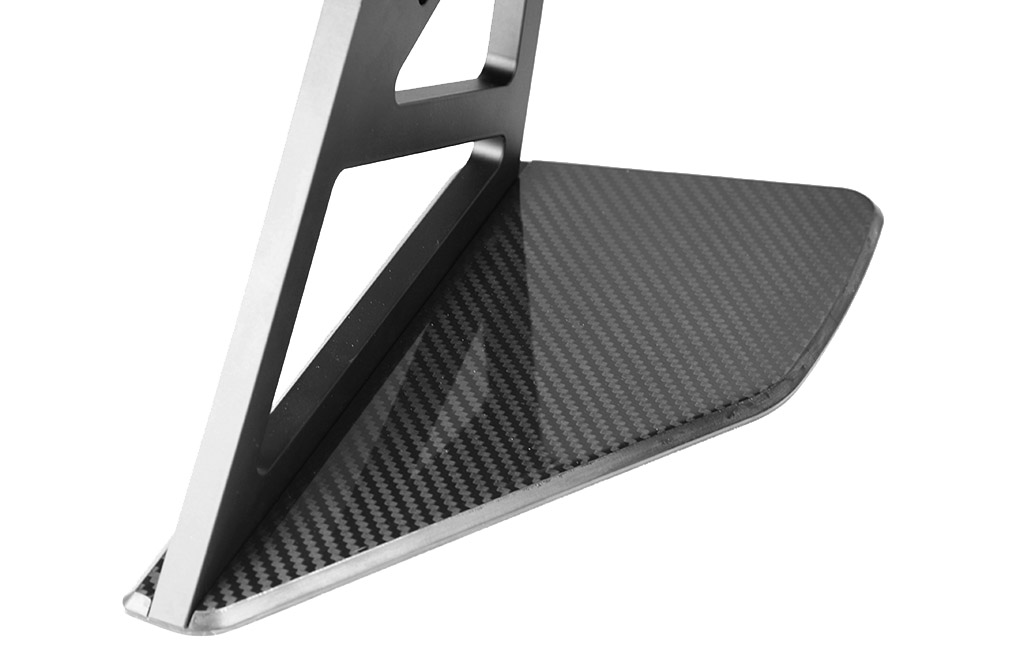 Modeled in 3D and validated using Computational Fluid Dynamics (CFD), the APR Performance GTC-500 Adjustable Wing is designed to adapt to a variety of widebody sports and touring car applications. 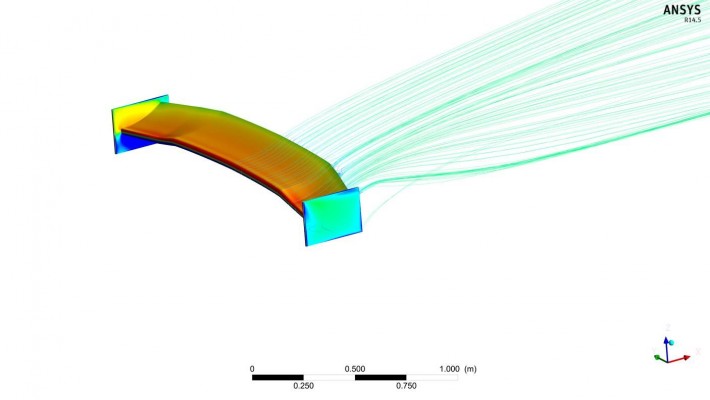 CFD Data for the GTC-500 Adjustable Wing (Click to View)

Contained herein are the data and results of the Computational Fluid Dynamics (CFD) analysis that was conducted on the GTC-500 airfoil. This data illustrates how the airfoil performs in different conditions by comparing Downforce vs. Angle-of-Attack (AOA) vs. Speed, and Drag vs. AOA vs. Speed. This data will provide insight with regards to how and how much the airfoil performs with respect to these conditions.

To learn how to interpret and apply this type of CFD data, see sample analysis on the GTC-300 page.

The following table shows the actual data that were collected from the CFD analysis. The numbers in the table are represented in Pounds. 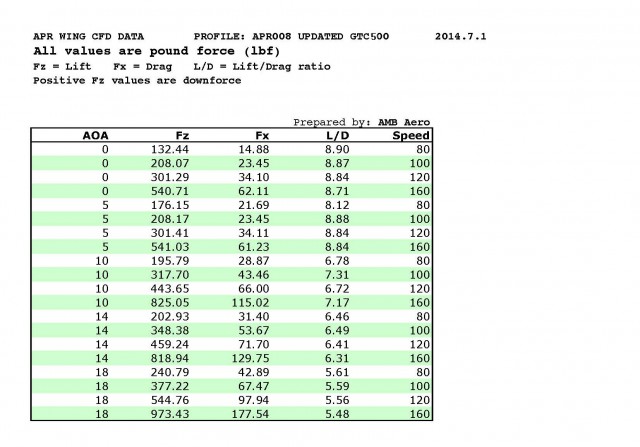 The following image illustrates where and how the AOA is referenced. At 0 degrees AOA, the reference plane is parallel to the direction of the free air stream (the stream would travel from right-to-left in this image). This reference plane can be simulated by placing a ruler across the top of the center section of an actual airfoil.

The following graph illustrates the lift and Drag Coefficient Ratio.

The following image illustrates the pressure distributions across the surfaces of the airfoil. 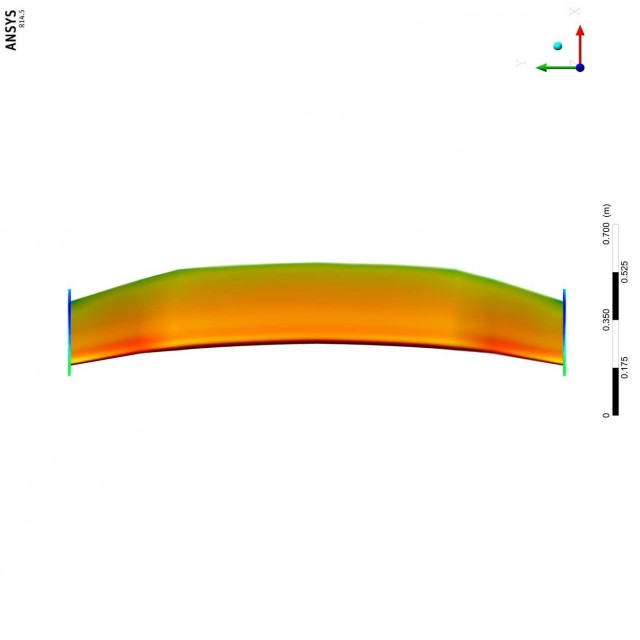 The following image illustrates both the pressure distribution and streamlines associated with the airfoil. 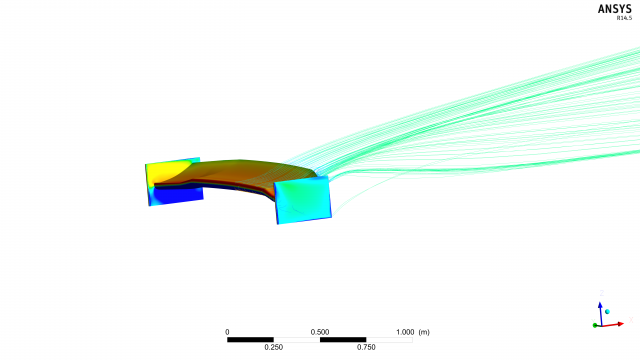 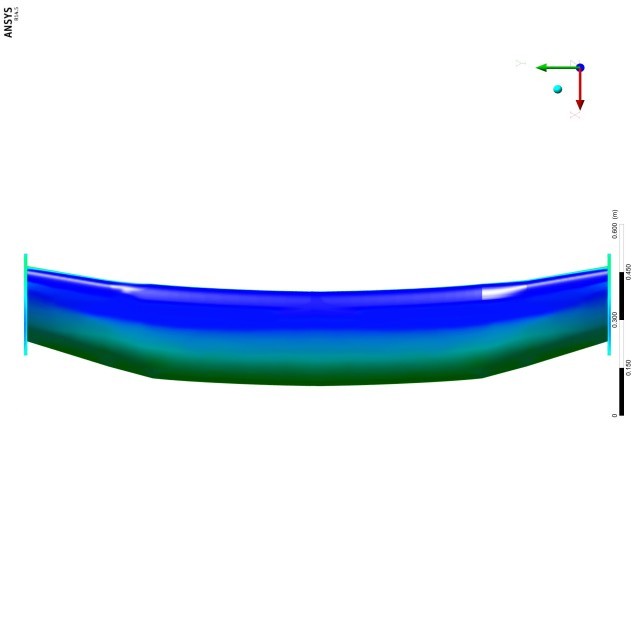 The information contained herein is property of APR Performance, and may not be reproduced in whole or in part without prior written consent from APR Performance.

Gurney flaps are available for all APR Performance GTC Series (200/300/500) wings. These are super lightweight, made using pre-preg carbon fiber processes, and conform perfectly to the contours of the GTC series 3D airfoils. They are easily attached using the included double-sided tape. 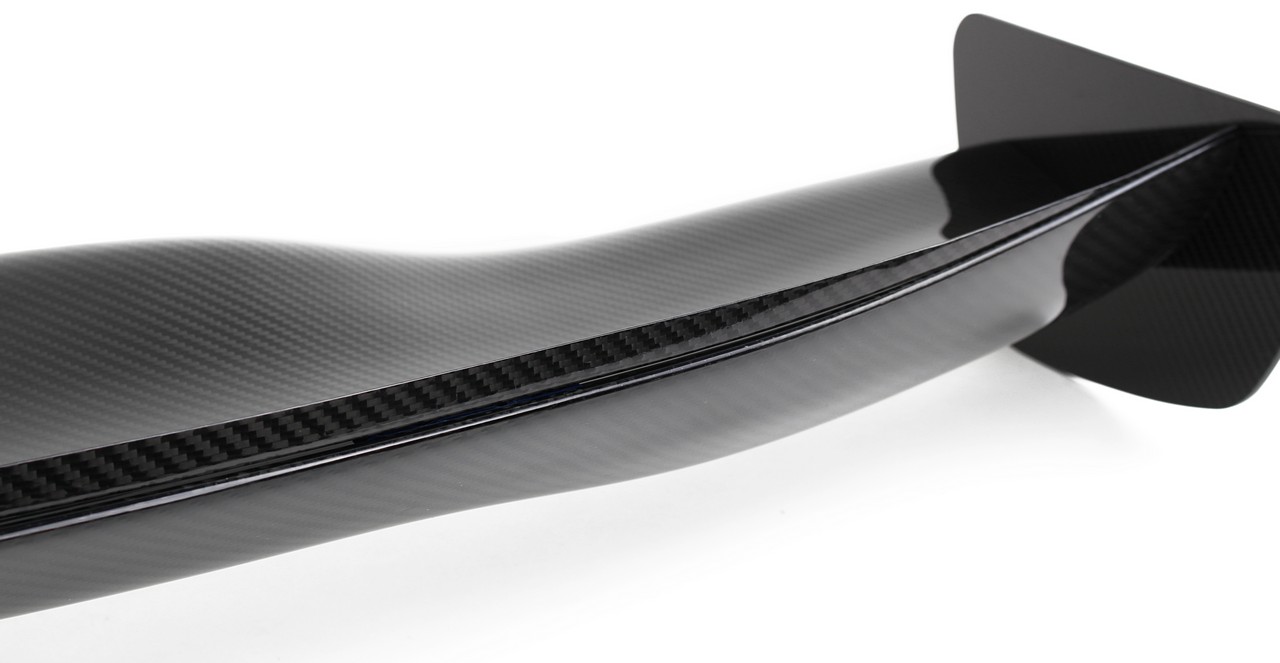 The Gurney flap (a.k.a. wickerbill) is an aerodynamic device that was originally pioneered and developed in the 1970s by a racing driver named Dan Gurney. Unbeknownst to his competition, this device was used to increase downforce while minimizing increase in drag. He found that not only did this device increase the lift/drag (L/D) ratios, it also increased the stalling angles (so he could operate the airfoils at greater pitch angles). It took a few years for everyone else to catch on to its purpose, and now, the Gurney flap (or similar device) can be seen in race cars and even airplanes all over the world.

Vehicle-specific and custom applications are listed below. 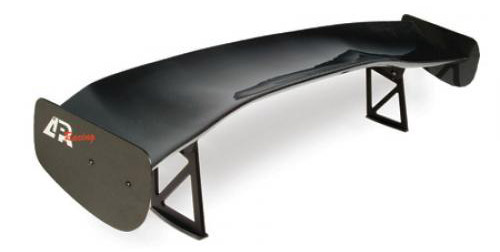